My Girlfriend has been wanting to learn to skateboard and so I bought a cheap board from goodwill and replaced the bearings and bushings but decided the board needed a new paint job. While I was at it I painted an old board I had so we could match because why not. The faces were done by editing some photos in Krita to create four different stencils. The effect is done by adding a filter with different threshold levels. Each stencil was taped together and cut out with an Exacto knife and scissors. The background and moon were painted first. For the board with my Girlfriends face, I first laid down some purple on the hole board. I then worked on the planet and in the top left corner I made the clouds by dipping a crinkled plastic bag in some white paint and dabbing around the aria. I then sprayed an arch with black paint giving the planet depth. To finish the planet I set an old Starbucks cup on it I rinsed out and sprayed the top of the board with the dark blue. After pealing some point off with one of the stencils later on I went over it again with black but it was the same process with the cup. the stars were made by dipping a paintbrush in wight paint and flicking it on the top. The face was just done buy painting each stencil in the right order. The board done with my face was the same process. 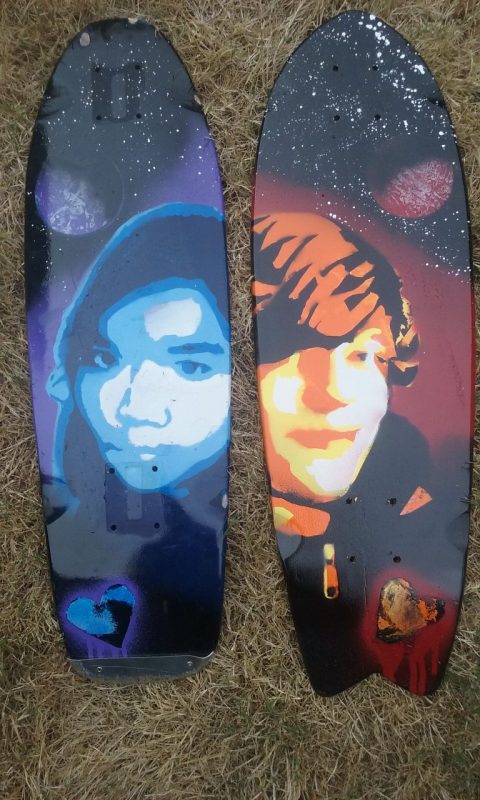 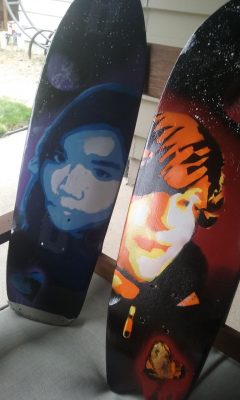 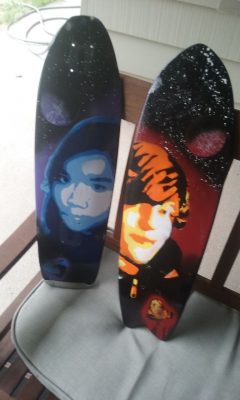 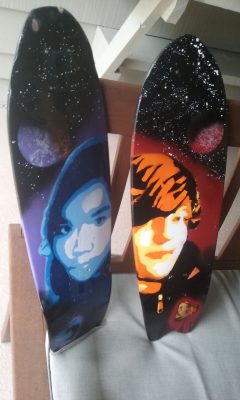 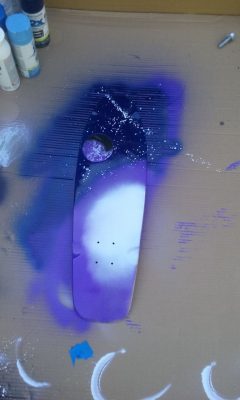 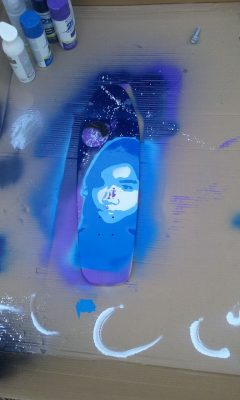 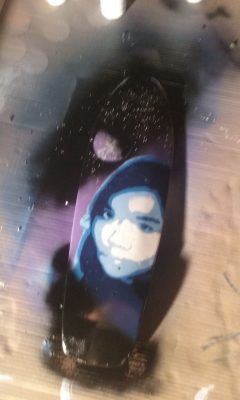 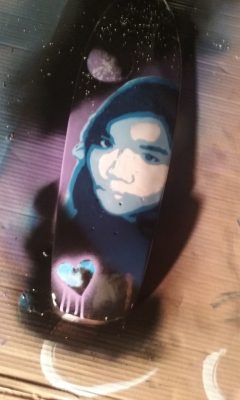 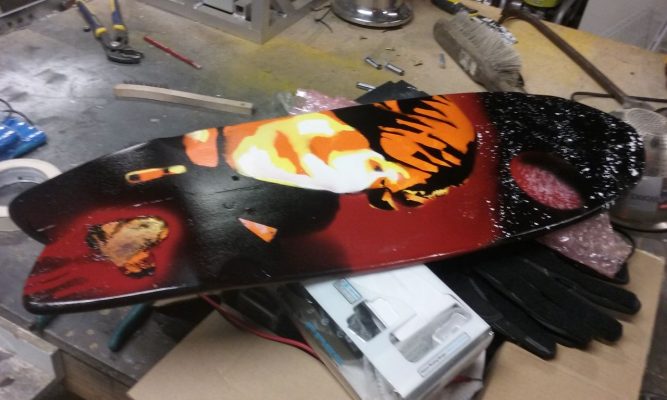 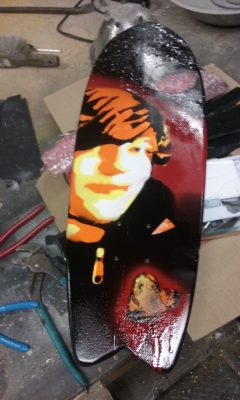 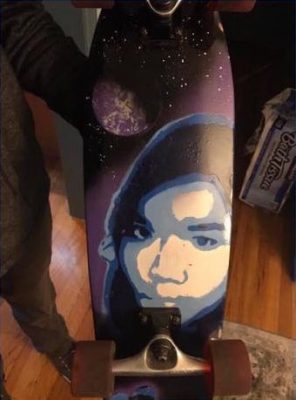 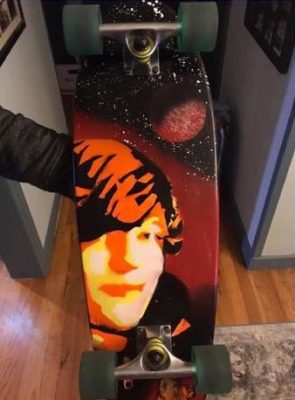 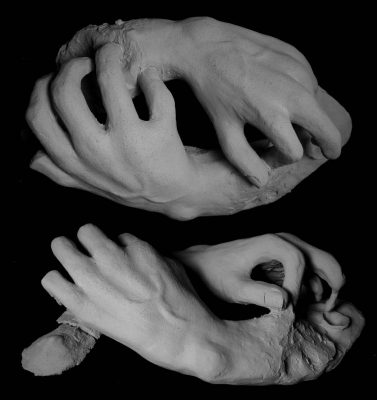 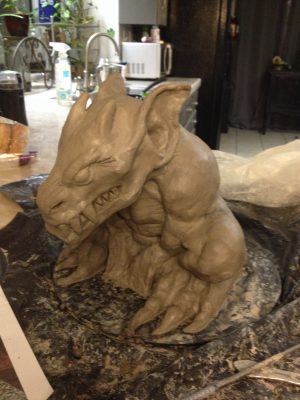