Summary of my Build:

Originally for my board I wanted to build something basic that I could easily modify in the future but after receiving a Riptide for Christmas (a board I would heavily recommend to everyone) I decided to focus on making a cheap and powerful off road board. The design I decided to follow was originally made by jehugarcia, a youtuber I follow who makes content about EV’s and batteries. In his video he used old hoverboard wheels as the motors due to the cheap prices from over manufacturing in china and their incredible torque. 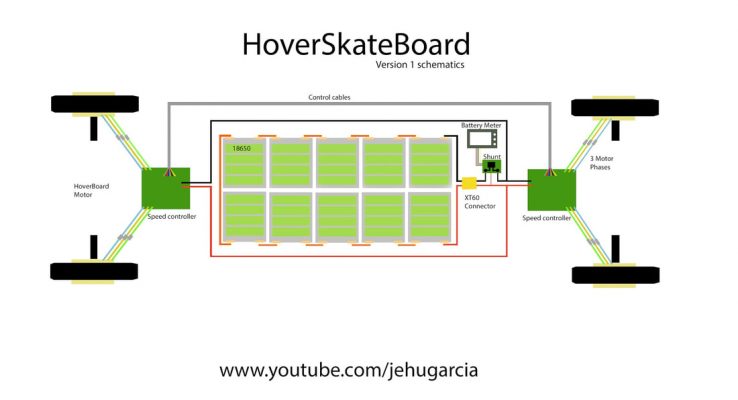 The battery I made was a 10s4p out of some free 18650 cells I got from a friend in highschool. This was my first time working with high capacity batteries so i made sure to do my research and even then i made some mistakes. I didn’t have a spot welder which is preferred for welding cells together so instead I soldered them together using nickel strips. This didn’t work out that well since the soldering iron i was using was old and couldn’t get hot enough to safely solder the batteries without heating them up. The solder was a mess but evenly I got connections that would work. I siliconed the connections between the cells to prevent shorts and soldered the bms to the 10 group of series cells. I then siliconed the bms to the batteries in a position that fit on my deck. One mistake I made while adding the connectors to the battery was I lined up the positive and negative wire and cut them at the same time. This sent sparks flying about 5 feet and vaporized a hole in my wire cutters. After that mistake I decided to solder a fuse over the positive wire just in case something shorts the battery again and instead of vaporizing apart it welds together. After the fuse was in place i soldered an xt-90 plug in place. 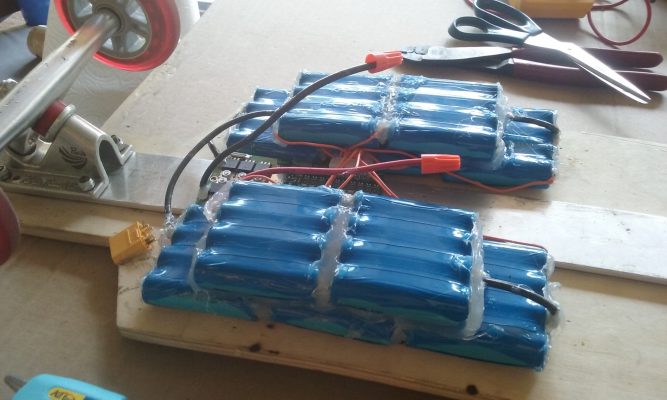 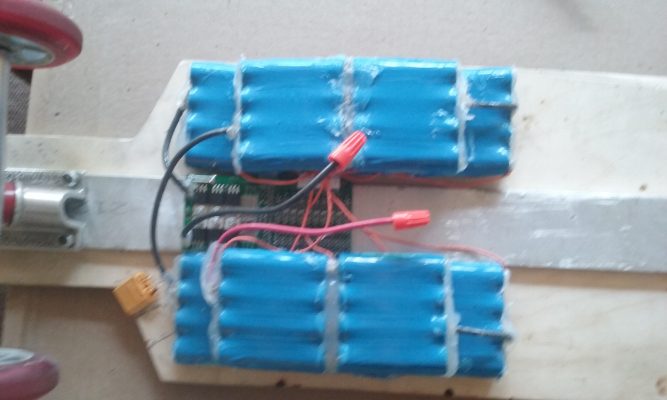 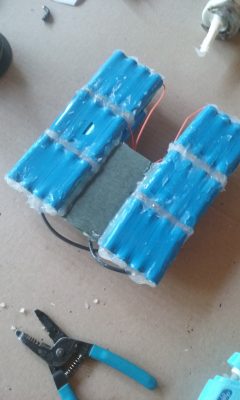 I personally love these hoverboard motors, but its use on an electric skateboard has many drawbacks. The things that make this motor my definite go to for me are its price and strength. At only $20, I was convinced to sell my old motor and controller and get these motors with no hesitation. With some research later, I found an amazing forum with people using these motors for robotic arms. (https://discourse.odriverobotics.com/t/project-hoverarm/441 ) In this forum, an individual stated on his results through experimentation that the power for these motors were around 15kv. This is what I had vaguely estimated after punching the values for wheel size and speed I got from jehugarcia  video into an esk8 calculator. With this kind of kv the biggest issue is speed. Top speed on this designed board is 10 mph. Which is a low speed when compared to my riptide (top speed of 20mph which I’m still trying to increase). The motors can be rewound in the future to increase the kv and thus the speed but after completing the build, there are many other things that need to be upgraded before rewinding the motors. The plus side to having 4 15 kv motors pulling a skateboard is that nothing will stop these wheels from spinning. 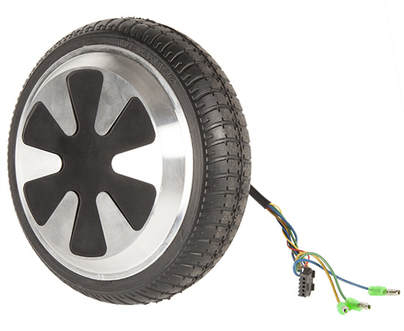 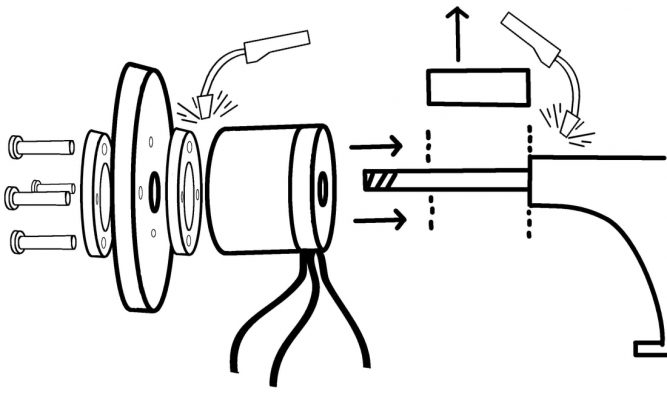 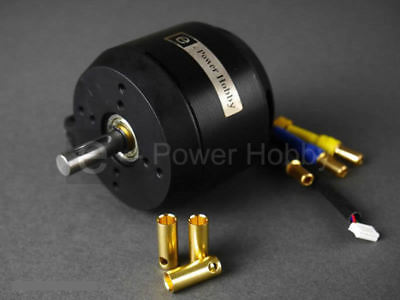 I don’t know much about this controller and look forward to doing more tests and finding out more but from what I have researched, it looks like these aren’t ESCs or VESC’s. It’s being referred to on sites like Ebay and Aliexpress by the sellers as “ESC replacements” or “EMP control module”. I still need to do more research but it looks like it has the same basic functionality as an ESC just without the modifiable aspect. I don’t think these controllers can be easily reprogrammed and I don’t know if they’re capable of FOC. If the price of these controls drops a little more as more are produced, I do think they’ll be usable enough to make good boards. I am hoping soon to figure out as much on the boards as I can and make a post about it here. 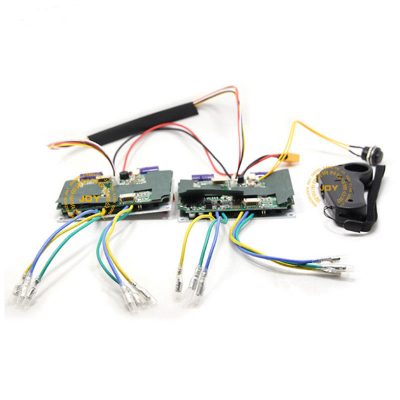 The board is a custom board I made by laminating plywood. The template I used is a churchill manufacturing longboard template which these are the best template I’ve found but the original company churchill manufacturing took down all the templates so to find them you have to search the internet for forms were people have posted some long lost templates they found. It’s more complicated than it should be. 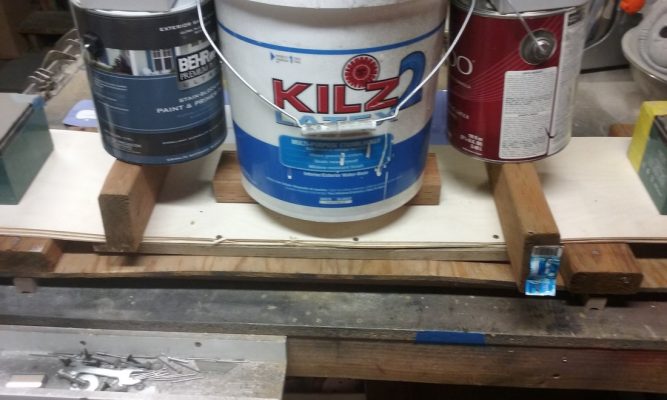 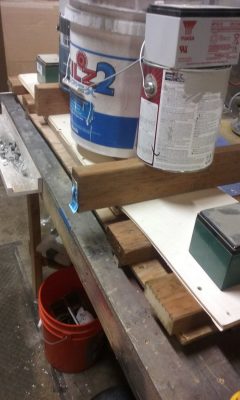 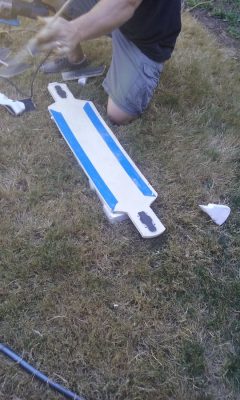 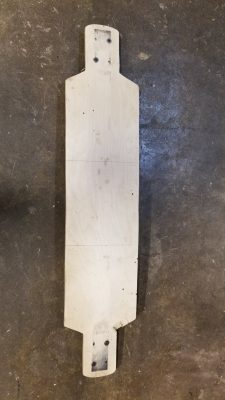 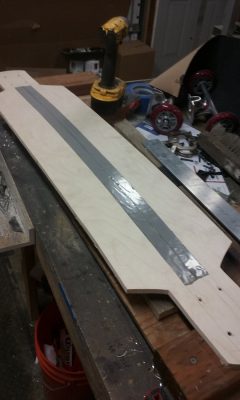 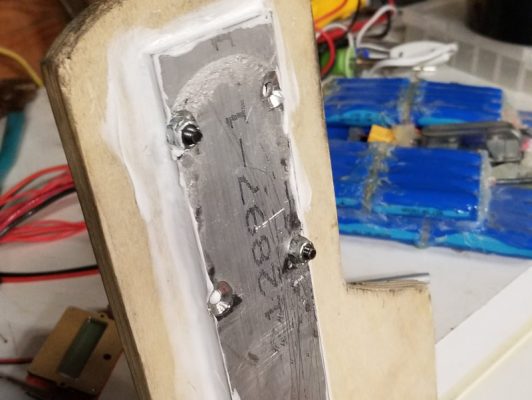 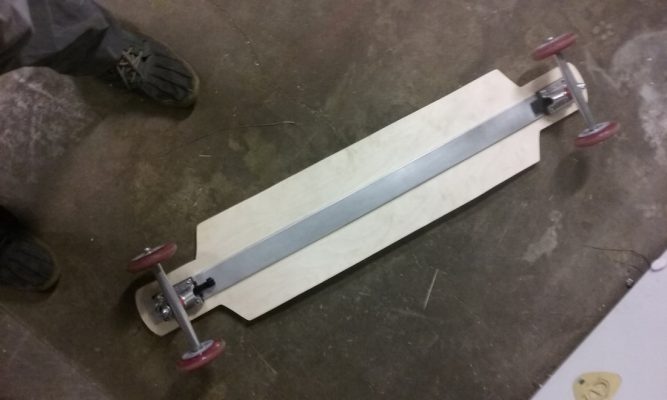 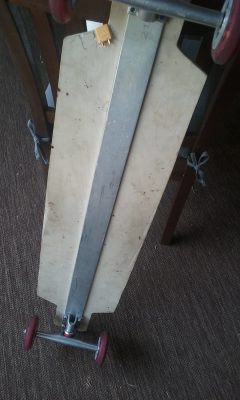 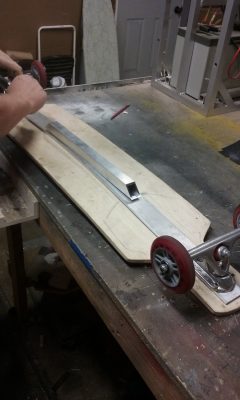 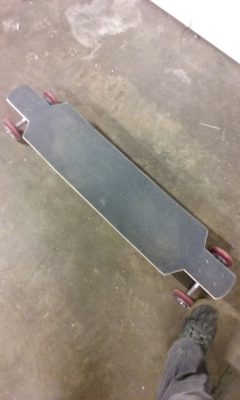 the enclosure I desided to make is made out of kydex.

A summary of the prosses for making my first electric skateboard.